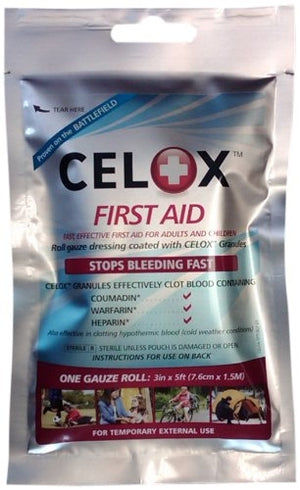 The power of Celox is now available in a 3 inch by 5 feet gauze dressing to provide an effective way to Stop the Bleed.